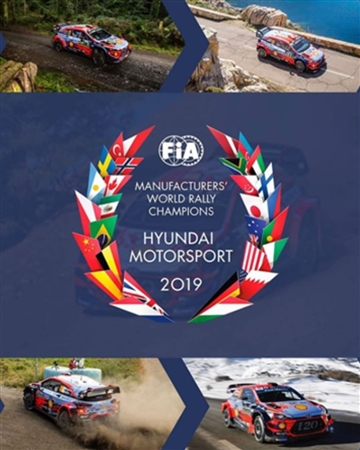 With an automatic victory, due to the cancellation of the final race of the WRC World Championship scheduled in Australia due to a fire that affected, and is unfortunately still affecting the race area, Hyundai wins the 2019 Constructors' Cup!

A first place won thanks to the successes that followed one another throughout the championship, which saw the Korean car manufacturer and its drivers protagonists of every race.

We are happy and proud to have been part of this victory, to have collaborated with an exceptional team and to have provided them with the comfort and relaxation they need to face the races in the best possible way.

We are ready and excited for the new adventure that awaits us during the 2020 WRC championship!